The ABC’s of Building Apps for SharePoint 2013

I had a good time presenting to the [Columbus, Ohio] Buckeye SharePoint User Group this past week on the topic of building Apps in the new App 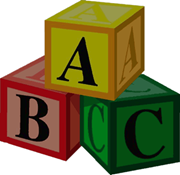 Based on the feedback, everyone seemed to like my new approach of demo-by-screenshot – I thought that might be more efficient than having everyone watch me work live in a VM with Visual Studio 2012, while holding our breath in anticipation of the inevitable demo disaster. :)

I’ll be continuing to speak on SharePoint 2013 next month in Columbus and Cleveland as part of Microsoft’s Visual Studio 2012 regional tour. But until then, here’s my slidedeck below from this week, or view it on Slideshare:

Posted by Ricardo Wilkins at 1:13 AM
Email ThisBlogThis!Share to TwitterShare to FacebookShare to Pinterest